For 500 million years New Zealand was isolated geographically from the rest of the world. As a result the country has its own unique and fascinating natural environment.

The country lies along the collision zone of two tectonic plates, the Indo-Australian and the Pacific Plates. The effect is a long country of two main islands, with high and rugged mountain ranges running almost the length of the country.

With a long coastline, mountain ranges, river plains, volcanoes, many islands, fjords, inland lakes and much native bush cover, the land is rich in natural assets to explore.

New Zealanders hold conservation dear to their heart. Close to 30% of the country is protected either as National Park or 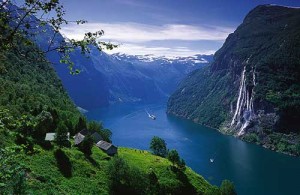 State Forest. Three World Heritage Areas give an indication of the significance of the country’s ecosystems.

Originally, 80% of New Zealand’s land area was covered in forest. About 23% remains, much of it in national parks, forest parks and reserves. One of the country’s major attractions is this large amount of wilderness, with its many unique and rare species of plants, birds and insects. New Zealand nature is fascinating and very different to other places on Earth.

Native trees are mostly evergreens, and include giant conifers such as the kauri, rimu and totara and several species of beech. About three-quarters of the native flowering plants are unique; subalpine species in particular are of interest to botanists. On the coast, large native flax, toetoe and pampas grass, and mangroves in the north are common roadside sights, as are the large coastal pohutukawa trees. These are known as the “New Zealand Christmas tree” because their red flowers appear abundantly in December. 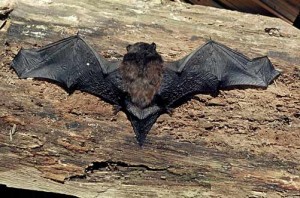 The only native land mammals are two species of bat, and many unique flightless birds fill the ecological niches elsewhere occupied by mammals. The kiwi, New Zealand’s national bird, named for its call, is nocturnal; it is the size of a small hen, with vestigial wings, strong legs, and nostrils on the end of its long beak, which it uses to detect the earthworms which form its diet. It may be seen at several zoos and aviaries throughout New Zealand, in darkened enclosures which give the birds the impression it is night time.

There is also the small native owl, known as the morepork because of its cry; the colourful Paradise duck; the vivid greenish-blue kingfisher; and numerous sea birds which, by their nature, are also found on other shores. But most common native birds are quite different from their overseas relatives; the pert fantail, which often accompanies trampers for the insects they disturb; the large and colourful native pigeon; the small and appealing waxeye; the tui, a singer and mimic with an unusual white wattle at its throat; and the shy bellbird, rarely seen but often heard singing beautifully. 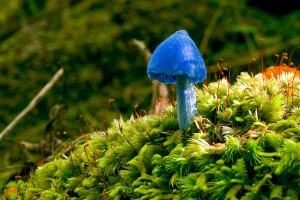 New Zealand has a range of small reptiles, including the tuatara, the only known species of a separate order of reptiles and a close living relative of the dinosaur. No snakes, native or introduced, live in New Zealand and none of the reptiles are poisonous or harmful. All are unique to New Zealand, as are virtually all of the native insects, spiders and snails and all the earthworms. The world’s heaviest insect is the weta, a large cricket-like creature of fierce appearance, but harmless unless annoyed. Giant snails and unique frogs survive in isolated environments on mountains and islands. Many fish species are unique to New Zealand waters.

Agricultural crops and livestock are vital to the economy. Introduced pine trees, grown commercially for pulp and lumber, help to preserve the native forests, since they grow faster and more readily than any native species, and they can be seen in extensive forests. 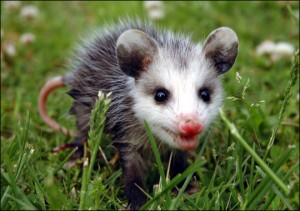 Some introduced animals have adapted so well that they are classified as noxious animals for their effect on native plant and bird life; opossums from Australia have multiplied to the extent that there are an estimated 50 million of them in New Zealand.

Over 150 native plants, or 10% of the species, and many native birds are considered endangered. The Department of Conservation and non-governmental conservation organisations work together to preserve them and to educate New Zealanders and visitors on conservation issues.